Performed at Downtown Art, New York
in a production by The Relationship, directed by Fiona Templeton

The Triumph of Crowds is an experimental lecture-performance devised and written in response to Nicolas Poussin’s painting ‘The Triumph of David’ (1631). 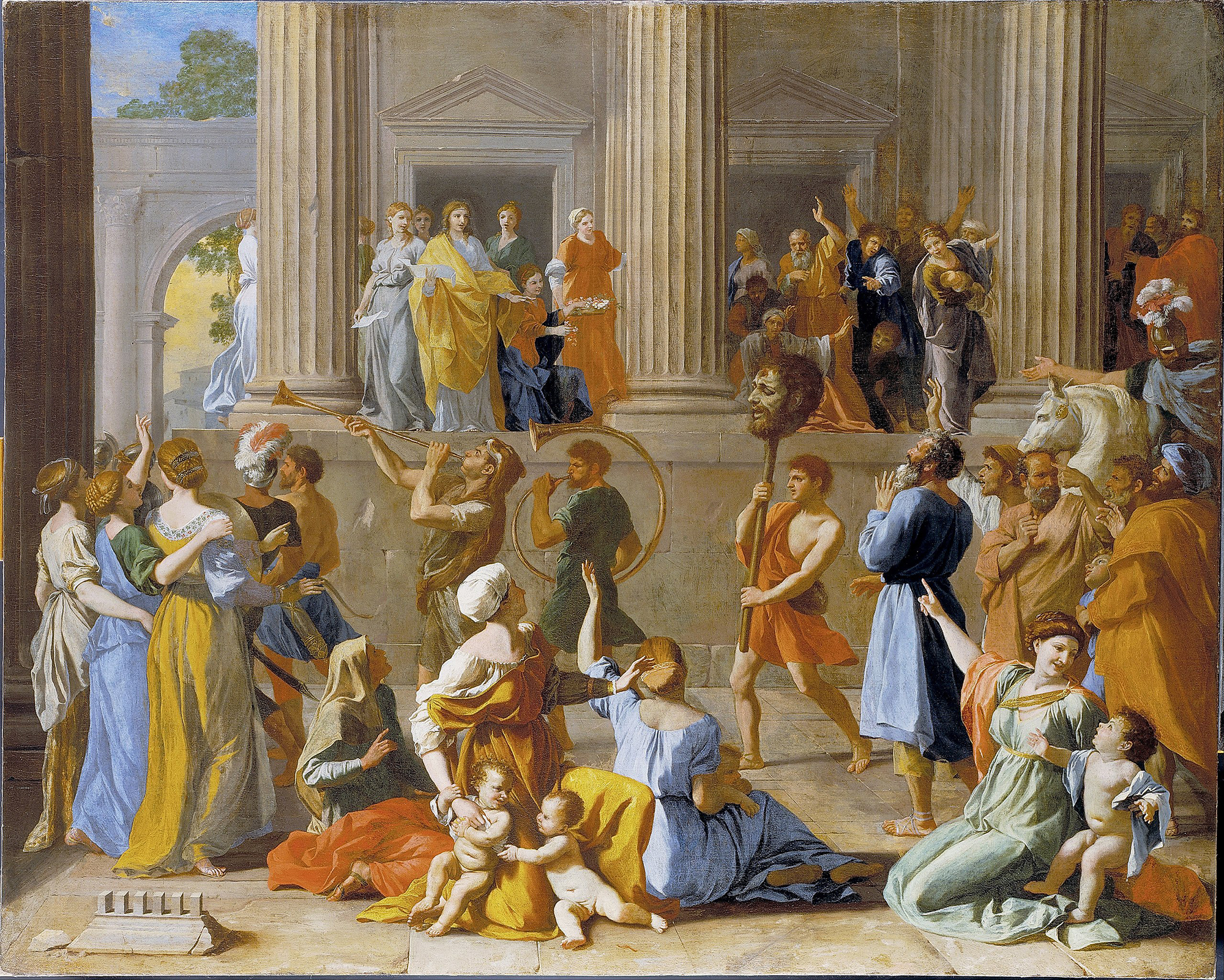 The script for Triumph won the Leslie Scalapino Award for Innovative Women Performance Writers, 2016. As an outcome of the prize it was staged as a rehearsed reading in the Ohio Theatre, New York in 2016 and a full theatrical production at Downtown Art, Manhattan in 2017. Both performances were directed by Fiona Templeton and performed by members of her company ‘The Relationship’. In 2019 the script was published in book form by Litmus Press, New York.

The project is part of my ongoing interest into how (representational) images can act, and be participated in, politically. It is part of my broader enquiry into art as a catalyst for new forms of political appearance, drawing on Hannah Arendt’s ideas of the ‘space of appearance’. (Arendt, 1998) While Arendtian appearance is brought about through people acting and speaking together in public, this project asks what role certain images could have in this space of speech and action. It does so through the form of an experimental performance-lecture (‘play’) written, however, in response to an image: Nicolas Poussin’s painting The Triumph of David (1631).

By activating Poussin’s painting performatively and conceptually in relation to recent public assemblies such as Occupy or the Movement of the Squares, the project is also informed by the art historian Georges Didi-Huberman’s arguments for the ‘surviving image’, drawing on the iconological research of mid-twentieth century art historian Aby Warburg. Didi-Huberman writes “a surviving image is an image that, having lost its original use value and meaning, nonetheless comes back, like a ghost, at a particular historical moment: a moment of “crisis”, a moment when it demonstrates its latency, its tenacity, its vivacity, and its “anthropological adhesion” so to speak.” (Didi-Huberman, 2005, p.xxii) This project proposes Poussin’s  ‘Triumph of David’ to be such a ‘surviving image’ and explores its ‘anthropological adhesion’ in the context of our own contemporary crises in which the political (the people) is so consistently and violently foreclosed.

The work draws on a range of sources in addition to Poussin’s painting, such as reported incidents and video documentation from protest movements, Leslie Udwin’s 2015 documentary film ‘India’s Daughter’, Robert Bresson’s 1956 film ‘A Man Escaped’ and various political theory and philosophy texts.