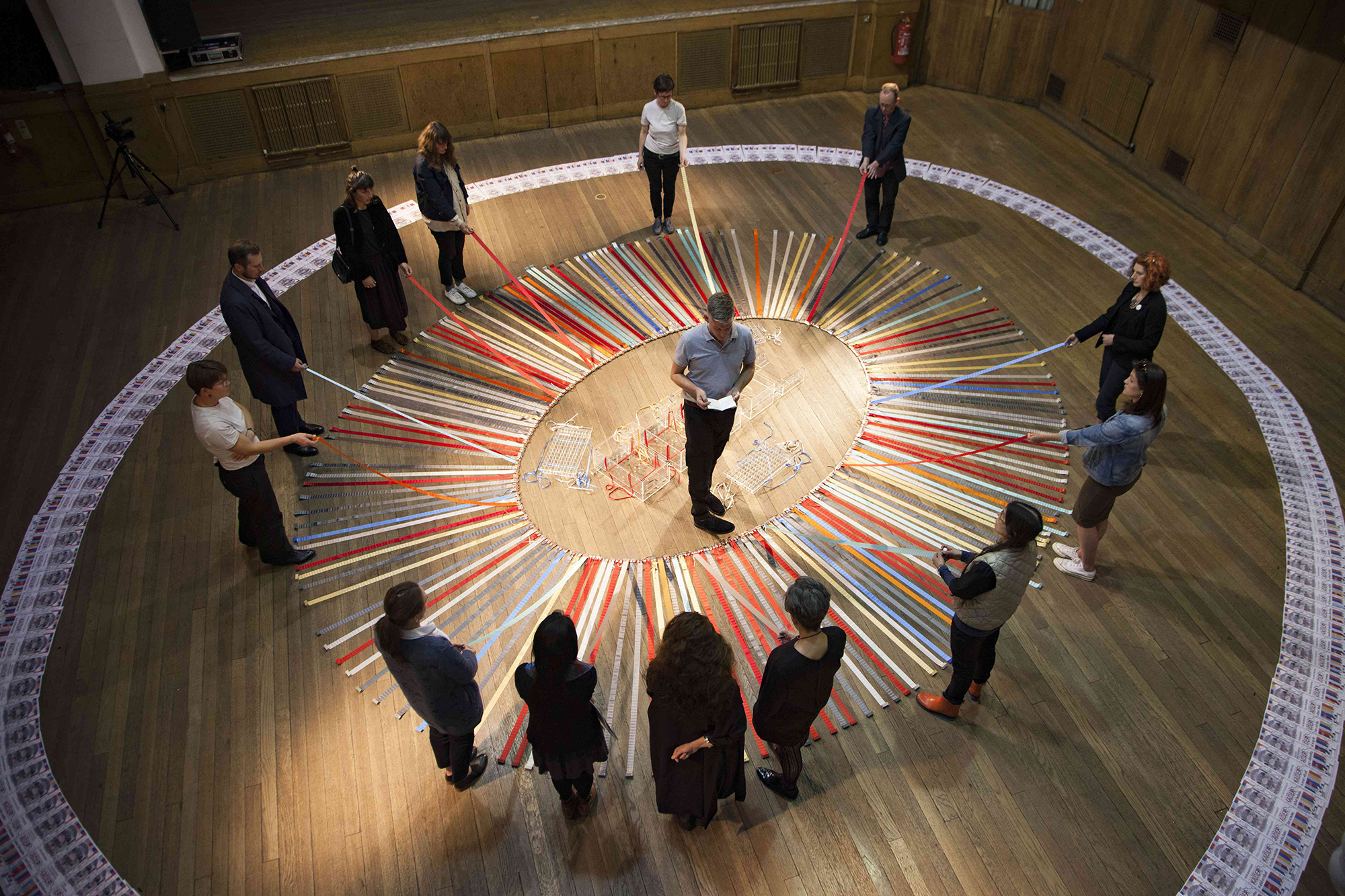 ‘N scale’ is an ambitious, multi-layered art and activism project that commemorates the tragic and needless death of one hundred and eighty-eight factory workers in a Thai toy factory fire that took place on May 10th 1993.

By remembering the victims of this particular tragedy through a memorial ‘sculpture’, a series of ritual commemorative ceremonies and the formation of an ‘N scale’ art and activist community (in the form of the N scale inoperative association), the project intends to surface broader and ongoing questions about the systems and politics that underlie the recurrence of such horrific events and our own complicity in or responsibility to them.

It is also a project that tests the capacity of art to produce sustained and meaningful responses to the inequities of globalisation and the socio-economic, ethical and political questions posed by it.

This commemorative performance is the first in a series of events and activities through which the ‘memorial’ will develop, become live and change, and that will culminate on May 10th 2018 on the twenty-five-year anniversary of the fire.

At the heart of ‘N scale’ is a simple plastic model rail accessory, a mass-produced ‘toy’ made for grown-ups to play with; an ‘N scale’ miniature shipping container sold in the UK under the brand name Graham Farish.

Graham Farish, once a British model making business are now owned by the multinational company Kader Industrial and it was in a Kader Industrial factory just outside Bangkok that this tragic fire took place.

This set of connections initiated the project that now takes its title from these apparently innocuous little objects. And one of its missions is to transform a collection of them – one hundred and eighty-eight to be precise, one for every victim – from anonymous, industrially produced ‘toys’ into one hundred and eighty-eight unique and precious, hand-finished copper casts.

This will be done by casting each of the plastic containers in copper smelted from copper coins. However only coins minted in the UK before 1992 are made from pure copper so this money has to be collected from general circulation. This is one of the tasks of the commemorative performance.

The participants/audience of the performance are therefore invited to bring along with them any spare copper coins for donation to the project during the ceremony.

For now, the one hundred and eighty-eight plastic containers are awaiting their transformation stored in the ‘N scale’ memorial sculpture; a specially produced object reminiscent of a cargo vessel, but modelled on the layout of the factory complex where the fire took place. During the performance this ‘vessel’ will be unpacked and its ‘cargo’, and their story, revealed before the call for copper change is made.

Finally the project will remember each individual victim killed in the fire, through a process of ritual naming. In addition to witnessing this process as part of the commemorative performance people will also have the opportunity to become permanent and signed-up members of the ‘N scale inoperative association’. By doing so they will agree to become ‘rememberers’ of one of the victim’s names and to share their name and the story of their needless death with others in what may become an infinite and exponential ‘n scale’ process of living memorialisation and activism.

The ongoing development of the project can be followed at n-scale.org

Brigid McLeer is an Irish artist, writer and lecturer based in London. Her work which includes video, photography, installation, performance and writing has been exhibited internationally in public sites, galleries and as published projects.
She was recently winner of the 2017 Leslie Scalapino award for innovative women performance writers and her work for this award ‘The Triumph of Crowds’ will be performed by theatre company ‘the Relationship’ in New York in November 2017.

Her essay ‘Returning in the House of Democracy’ will be published in ‘The Creative Critic: writing for/as practice’ edited by Emily Orley and Katja Hillevaara (Routledge 2017).

‘N scale’ is part of PhD research by practice in Fine Art that she is currently undertaking at the Royal College of Art, London.