Collateral, was a site-based, participatory work for Queen Street Mill in Burnley, Lancashire. Commissioned by Super Slow Way for British Textile Biennial 2021, the work commemorates the hundreds of workers who die because they work in factories and sweatshops that supply the global garment industry. It is inspired by, and takes its form from, a lacework panel commemorating the Battle of Britain, held in the textile collection at Gawthorpe Hall, Burnley.  Working with local embroiderers and the participation of over 120 people from across the UK, this textile work was reimagined as a new hand-embroidered whitework panel, 450 x 163 cms in size. This new panel substitutes for images of ruined and burning buildings on the Battle of Britain lacework stitched images of burning factories and the dead laid out in front of them. It changes aircraft for shipping routes and St.Paul’s cathedral on fire becomes Rana Plaza collapsed. Around the edges of the panel a border of wheatsheafs  is replaced by a border of enfolded bodies, each one stitched by a different person.

All these components, and more, come together to ‘re-member’ the disconnections and wilful negligence by which such a horrific devaluing of life comes to underpin the clothing we buy and wear and to remember those who are ignored and forgotten in consumer capitalism’s rapacious, ongoing race to the bottom.

Collateral manifests an alternative scenario of responsibility and reflection. In doing so, its commitment to the dead is literally realised through the commitment of time, labour and care given by the living. 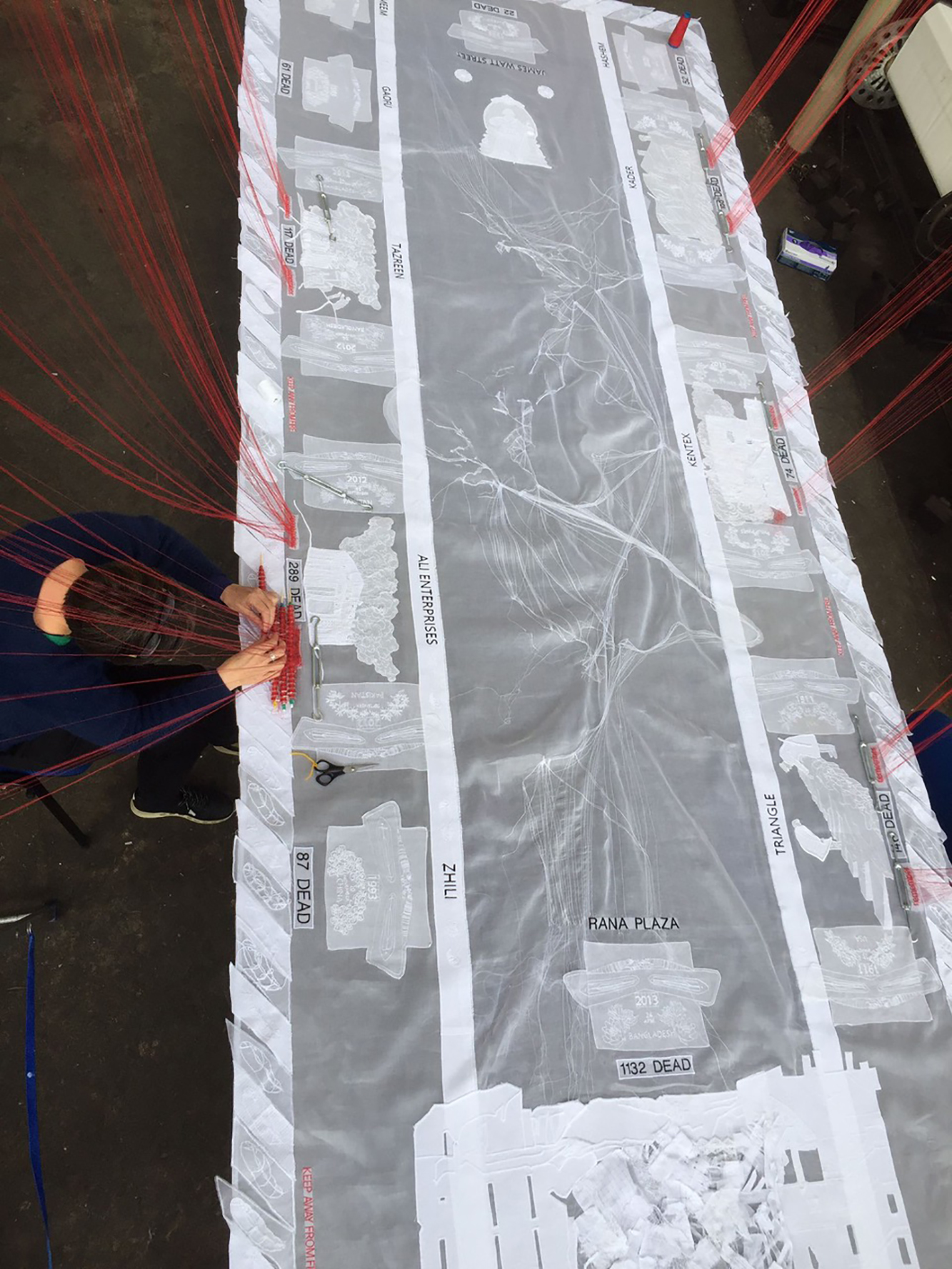 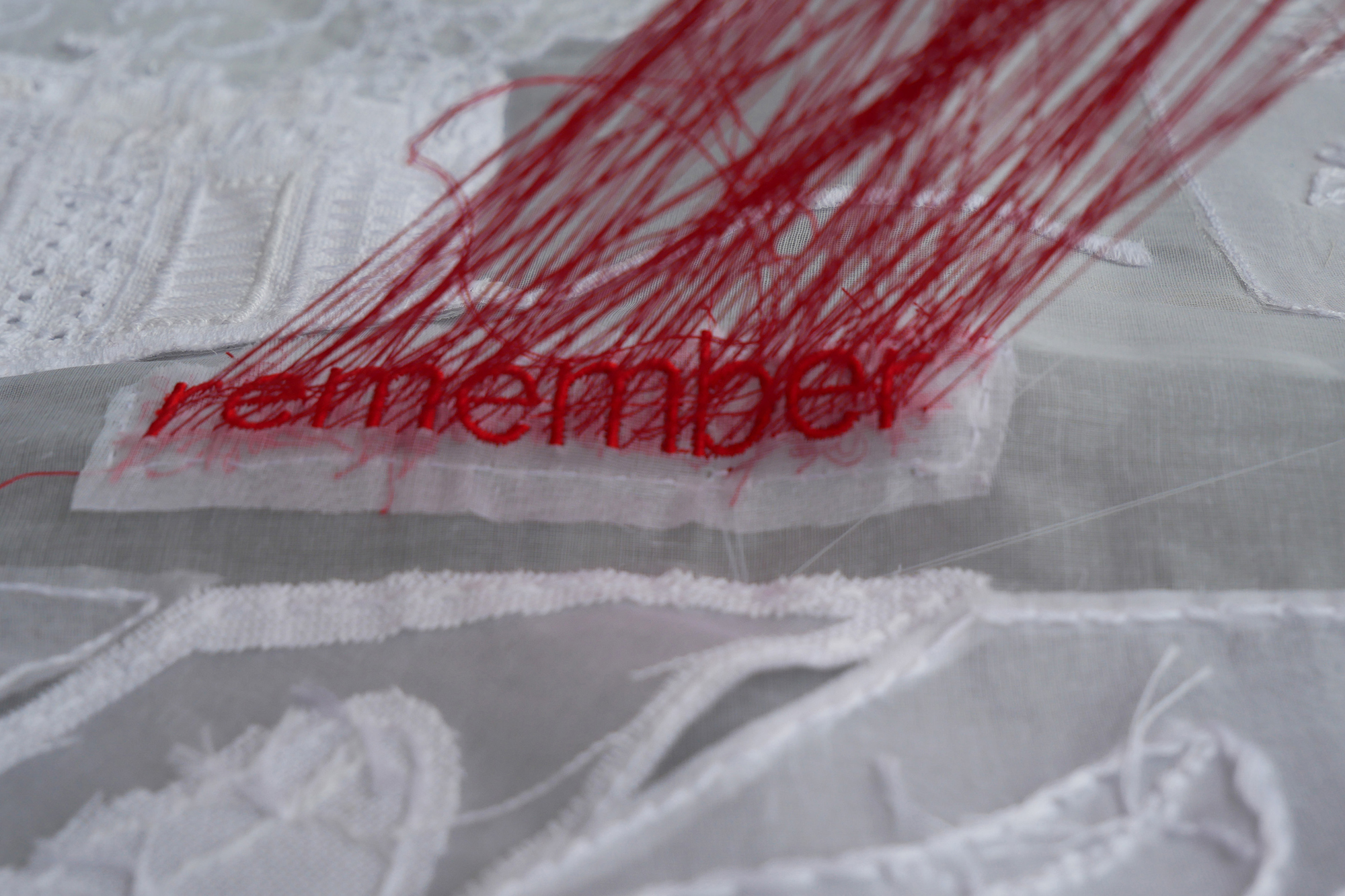 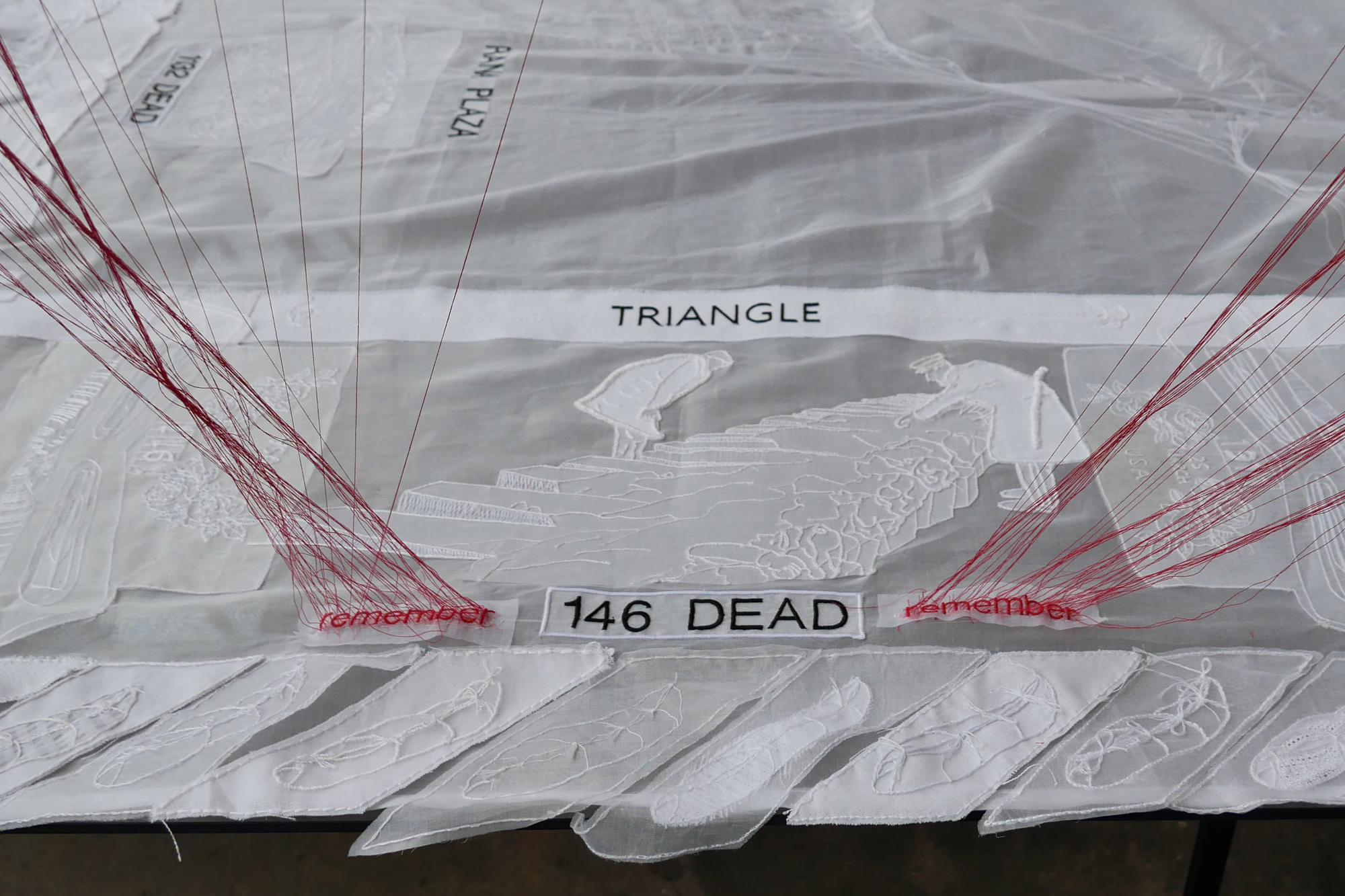 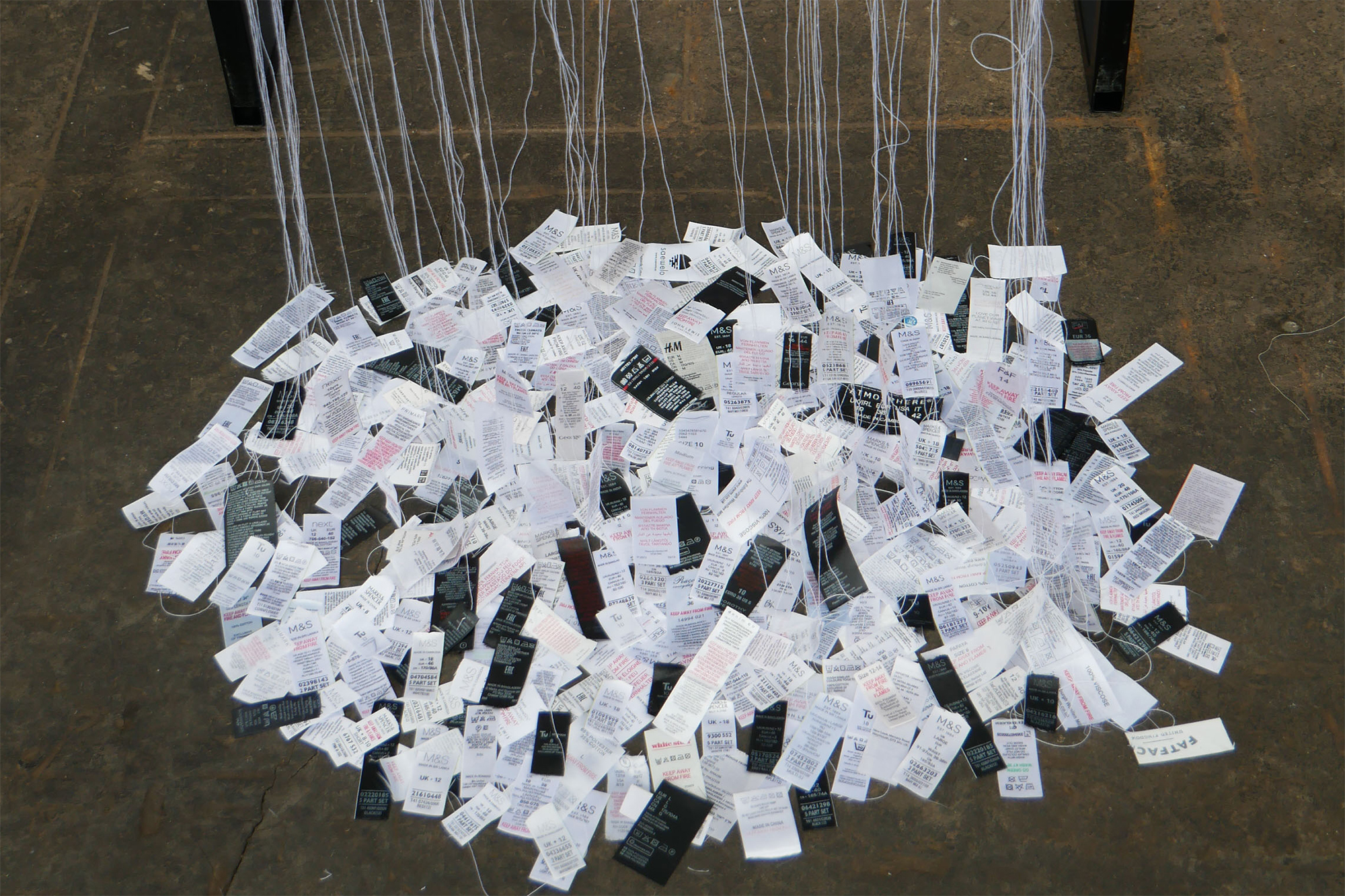 Collateral has grown from my project N scale in which 188 workers who died in a Kader Industrial factory fire in Thailand in 1993 are remembered. In this new project the victims of other major garment factory fires and collapses are remembered. Accompanying this embroidered memorial is a videowork in which extracts from an interview with Rasamee Supaem, a survivor of the Kader fire, are brought together with a music generated on-site by broken-folk duo Lunatraktors.

Lunatraktors (Clair Le Couteur and Carli Jefferson) came to Queen Street Mill and improvised overtone singing, body percussion and clogging in the mill loom shed. This recorded material became the basis of the Collateral video soundtrack. An extract from the video that accompanied the installation is below.